My Thoughts on America 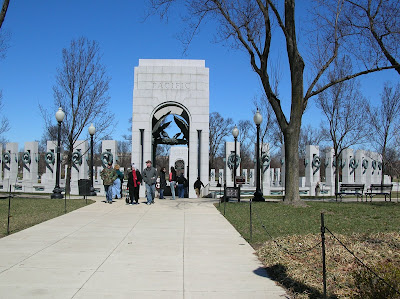 The past few months and most intensely during the past couple of weeks I have been thinking about by beliefs and how I came to hold many of them so strongly. I am a member of the first swell of baby boomers. My father came home from the war having served as a proud Marine in the Pacific Theater and married my mother a short time later. I was born the following year and my childhood and later years were surely molded by my parents perceptions and experiences from World War II and the Depression that preceded it. Sure, I came of age during the tumultuous 60's and the Viet Nam era but I believe it was the earlier years that truly formed some of my strongest beliefs.

My parents were both very patriotic. They instilled this patriotism in us quietly allowing for each of us to develop our own thoughts and opinions. Sometimes they vehemently disagreed and there was and still is disagreement among siblings but what I learned was that respect of each other's opinions is the true measure of patriotism. When I was growing up in southeastern Idaho we did not readily see racial issues. That was a black vs. white issue and there was next to none of that in our very Caucasian corner of the universe. However, there were other racial issues that were sometimes set aside like in most of the country. There was a large native American population. I remember early in school where Indians were not allowed to use the same stall in the restroom. There were signs posted in some businesses saying "No Indians." There were also several Japanese American families who were faring much better but who had to reestablish their lives and holdings after the War. As was the way then all of those that were different were identified by a different and sometimes very hurtful moniker. My parents each did this until their deaths. I would cringe but then remember it was something I could not change. The amazing thing is that although Mom and Dad would make such identifications they recognized that we should not hold anyone as beneath us in any way. We should be proud to walk side by side.

So, I had this sense of equality being quietly instilled in me when at age 14 I had a defining moment. There was an essay/oration contest being held by the Modern Woodsmen of America and the topic was always around "Americanism." The finalists (I was one) presented their orations to a school assembly. I will never forget these words from the winner, "Although my skin is yellow and my hair is black, I am an American." That young man would go on to be our class valedictorian and achieve acclaim as an attorney in the Washington, D.C. area. There have been many times in my life that I have paused and said those words to myself. They fit so many situations like pausing and saying to myself "There but for the grace of God go I."

I guess what I am trying to say is that in this wild ride with the election and the war and the economy it is easy to point fingers and say someone is un-American for one reason or another. I don't believe that. I believe that each of us as Americans are stronger when we recognize and respect the differences of others. What makes us Americans is that we can have differences and live with them. When that is no longer the case, then we lose what makes America.

Hear, hear! I whole-heartedly agree with you. I can't wait until we stop asking ourselves why that other guy isn't as American as me. That will be the day...

What a beautiful piece. I can't agree more. My Dad wasn't in WW II because my Mom's OB-GYN was on the medical board at the enlistment center and knew that my brothers were on the way. But, we grew up with honoring all. Being American isn't about skin color, religion, or any of those small factions. It's about equality for all....Thanks for sharing.

Your thoughts reflect a lot of my own thoughts and experiences. I realize daily that the future of our country and our world depends on tolerance and acceptance and the hateful words I have been hearing during this campaign fill me with fear for the future. I have already voted for Barack Obama because of his intelligence and his beliefs, but I also love the idea that as a person of mixed heritage he is a true reflection of what this country is. And that makes him, in my mind, the very definition of American.

I have always maintained that the very ideals we were taught (in the 40's and 50's) about being American were what caused the "revolutions" of the sixties; we saw that the teachings were far from the reality and we wanted to get closer to the ideals that we held. Those ideals brought about the changes that black Americans fought for. They gave women new power and new choices. They countered the notion that the white anglo male was the only true norm.

So when conservatives talk about how schools should be teaching children to be good "Americans" I say, "be careful what you wish for." As a former 60's activist and a current new century Obama-ist, I can testify that the real ideals of America include us all. I don't think that was what the conservatives had in mind, but sometimes ideas and ideals are more powerful than the people who espouse (and demean) them.

Thanks, Carla, for allowing me to say this.