Bill went out early this morning and spent an hour or so shoveling the newly fallen snow from the driveway and sidewalk. He told me when he came in that if the paper had been delivered he did not see it in all of that white. We had what was for here a major snow storm last night. I would estimate there is from 5 to 7 inches of the stuff. We have winter storm advisories posted until later this afternoon. When I decided I needed to take some pictures of what had fallen last night and early this morning, I was amused when I saw at the bottom of the back steps, a section of our missing paper. There were some very strong winds and I am sure the wind took the paper, blew it apart and part of it landed in the back yard.

For us March came in like a lion, this snowfall is more than all of the combined snow we have had since we moved to Delaware. It should be all gone by mid-week when the temperature starts to rise to over 50 for the weekend.

Below are a few of the scenes I captured this morning. 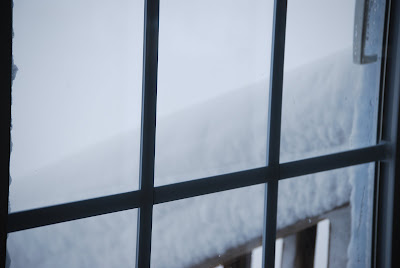 Looking out to back steps. 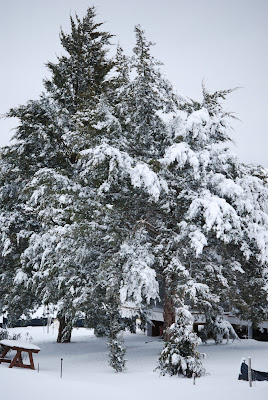 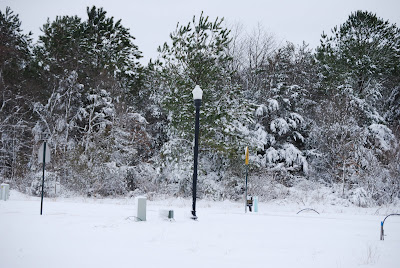 The scene across vacant lot and next street.

Lovely pictures. It was gorgeous down here too.