Not Much Going On Here 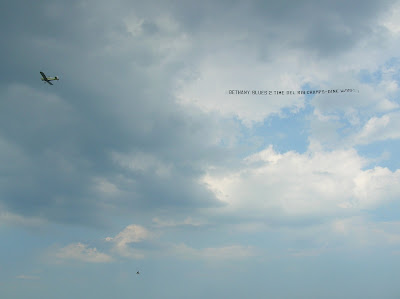 Unlike the past two summers I have not been out and about much to see the countryside. To tell you the truth it has been crusty here. Today the sun is shining brightly and we have summertime warmth. We had a an almost nonexistent spring as can be evidenced by the lack of annual planting in the front. I realized late last week that winter wheat has been harvested and the corn is growing rapidly. Only three weeks ago I noticed that the corn was about six inches high on some farms and had been washed away in patches on some farms because of all the rain that has fallen. Last week the corn was two-three feet tall on most farms. Local corn, squash and tomatoes soon – yippee.

The photo was taken by either Erica or Bill when they were at the beach the beginning of the month. I never see such fun things here in Milton. I guess I should get out more.

Jer says that this kind of weather is "sulking." You may remember, it does it a lot in the Pacific NW. We had the sunniest (and hottest) June I can remember; but now, the weather is back to normal: sulking.

So maybe this bodes well for you:-)