Yes, my birthday was in December and my friend Robin's was in October and Rachel's was in September but this past weekend we received our gift from Erica. She got us tickets to the new production of A Chorus Line. And, Sunday was the day we went.

Saturday, Geoff and Erica drove from Arlington to Delaware to get Bill and me. After a quick lunch we set off for New York City. Erica arranged for Bill and me to stay at the Millenium in the Theater District. Our room was just off of Times Square. She and Geoff stayed at Geoff's parents apartment. After we checked into the hotel we changed our clothes and checked out the tourist information in the room. Erica and Geoff arrived a little later and we took a cab to this wonderful restaurant on East 82nd. We, Bill and I, have been wanting good Mexican food since we moved to Delaware. We have not had very good luck in that quest so far. But, this restaurant we went to on the recommendation of Geoff's mother was excellent. Zocalo is among the best Mexican restaurants I have ever enjoyed. After dinner, we were almost overwhelmed by the lights of Times Square and Broadway on the taxi ride back to the hotel.

We got up Sunday morning and walked to Times Square. I tried to imagine all of the people crowded there on New Years Eve. The traffic, the pedestrians, the lights and the sounds of the spot overload the senses. The bitter cold wind only added to this feeling. Bill and I then went back to the hotel to wait for the others to join us before we set off for brunch. Rachel and Robin had spent the night in Greenwich, CT and drove into the city from there. They and Geoff and Erica met us and we went to an Argentinian restaurant in SoHo. It is the New York version of one of E & G's favorites while they were in Miami last year. The restaurant, Novecento, was OK but not as good as Zocalo. It was over-staffed (more staff than diners) who did not provide the best of service. Too bad, because the food was pretty good. Erica and Geoff's friend Ian joined us for brunch.

After wonderful conversation and laughs, Geoff and Bill set off on a walking tour and we girls strolled a little of SoHo before taking a cab to the theater. Bill took the camera so there are no pictures of us waiting for the show to start. That's OK. It was wonderful. Erica and Rachel had taken dance lessons and attended dance camps together when they were kids. They really love this stuff and so this was a very special treat for them and yes also for their old moms.

After the show, Rachel and Robin went back to Connecticut and Erica, Geoff, Frankie, Bill and I headed back to Delaware. Erica had to work today so yesterday was a very long one for her. Thank you ERICA. Thank you Geoff. We had a wonderful time. 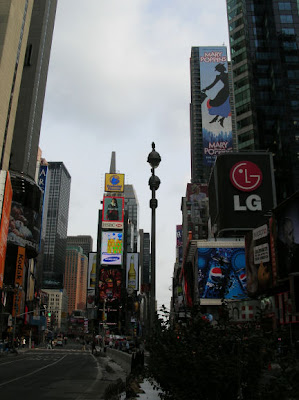 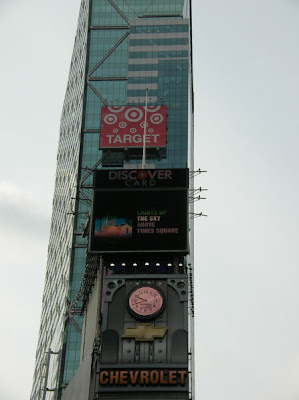 More of the Square 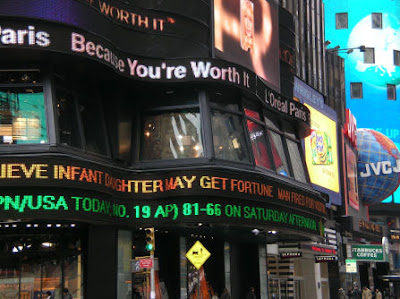 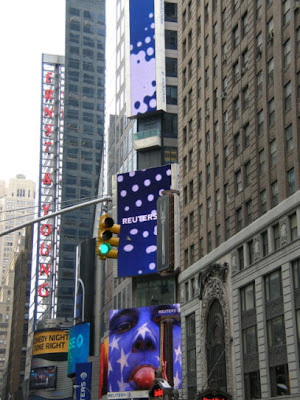 I love these graphics and all in lights. 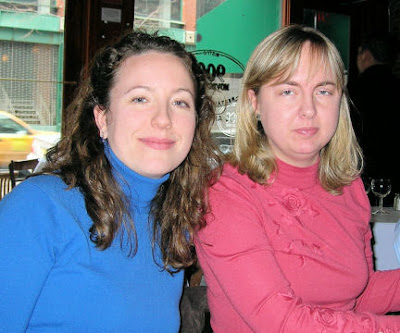 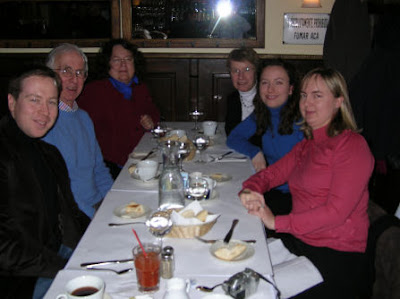 Here we are waiting from brunch. That's Ian in the mirror. See the flash spot. 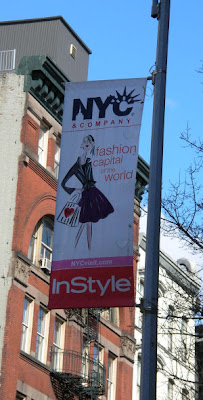 A banner in SoHo

I'm so jealous! A Chorus Line is my all-time favorite show and New York one of my favorite cities.

My friend Alec was in the San Francisco company of ACL and kept his gold lame tophat on his coffee table after he moved to Ashland. He died nearly 15 years ago, but I think of him every time I hear the music--he lived that life.