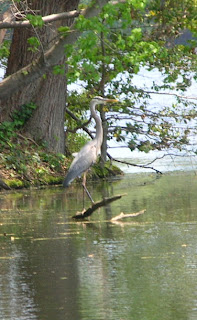 The winter and now into mid-spring have been very reflective times for me.
The Uncles

My uncle Raymond (my mother's brother-in-law) died in January. What I remember most about him was his grin and twinkle in his eye. He was such a quiet man who possessed a great love for family and country. In March the Burley, Idaho American Legion Post was renamed the Lyle R. Morton Burley American Legion Post 17. This is a rare honor and one that reflects his many years of service and dedication. He was a member of that post for 62 years and remained dedicated to the organization steadfastly that whole time. The renaming of the post is an honor well deserved.

Another member of the American Legion and also a family member passed away earlier this week. My Uncle Bill (my mother's brother) was my favorite uncle. He was a such a character. He had red hair and a redhead's complexion. He worked for the railroad and reminded me of a character set in a Saturday Evening Post cover -- broad grin, red hair, hands on hips and cigar in mouth. He was a tease extraordinaire. I am sure that is where my brother's teasing talents originated. I can remember from the time I was very young until I became an adult he would always call me "Long John." As it happens, I was quite tall until junior high when all the rest of the kids caught up with me and left me to be a shorty. He would sing some unrecognizable song about "Long John" and never being kissed because he knew that it would surely get me to react. He was a very kind man who took care of my grandmother for so many years. He loved to hunt and fish and he loved the Idaho dessert. He loved his sisters and his nieces and nephews. I miss my Uncle Bill but I know he is in a much better place now.

A little over two weeks ago one of our dear friends passed away. Terry was a wonderful man whose life centered around his family. He provided the best support. I remember thinking when our daughter was very young that if we could do as well and Terry and his wife had done as parents then we would have done a terrific job ourselves. He was dedicated to his wife and to his two children. He had a life long love affair with the Oregon Coast. It was there, in his home overlooking the Pacific Ocean, that he died peacefully with family around him. He was a wonderful friend.

Then this past month we have had two friends become gravely ill with rare medical complications. Thankfully, both are recovering slowly, but recovering. We are so grateful.

Yesterday when I was saw the heron in his quiet cove I thought about my family and friends and was thankful for those moments of quiet when I can think about them outside of the other frenzies of life. The quiet allows me to take stock and be grateful that all have been and are part of my life.