Visitors and Visiting a New Place (for us)

Friday was as my last post says a gray and rainy day. But, it was a also a bright day for us because Bill's nephew and family from San Francisco came to visit for a couple of days as part of their east coast vacation. It really was good to see them. they had suggested earlier that on Saturday we travel to Assateague Island and spend the afternoon there. To be honest, I had thought about it before and for some reason put it out of my mind because I thought it was much further than it is from where we are. It is just under forty miles and is a very easy trip. 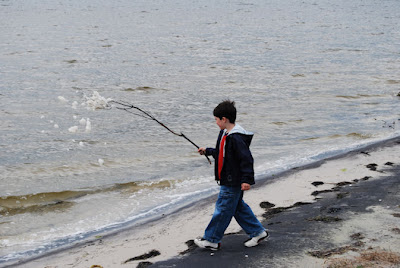 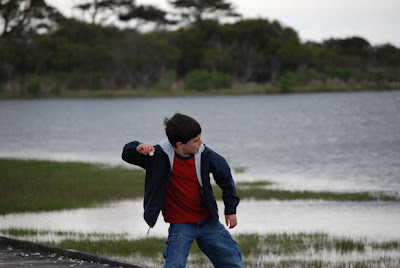 Jonathan enjoying the marsh foam and skipping seashell pieces over the water.

Assateague Island is a barrier island just off of the Maryland/Virginia coast line. It has two entrances from the mainland but you cannot travel by car from end to end. For this trip we only went to the Maryland end of the island. The island is known to many for Misty of Chincoteague. Yes we went to see the ponies that have made the island so famous. We saw a group of the Maryland herd. Misty was of the Virginia herd. We also saw lots of birds and plants that make up National Seashore there. 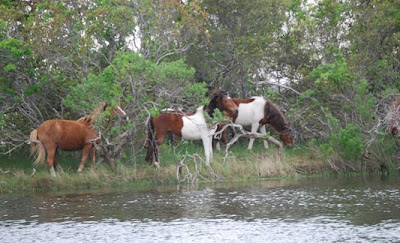 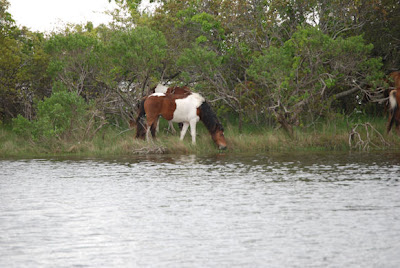 Some of the ponies we saw on our trip. 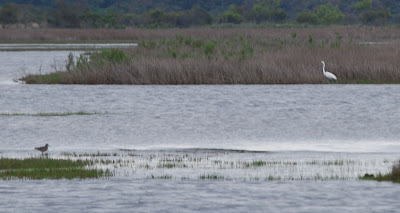 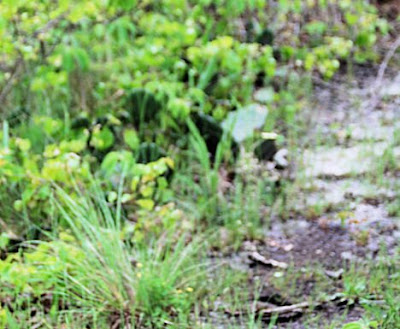 Other wildlife and some plant life. Mark was really surprised by the cactus.

After spending time watching ponies we went to the ocean side of the island. This is literally across the road. It was a cool day and there had been storms earlier and more would follow in the next day so the water was churning. 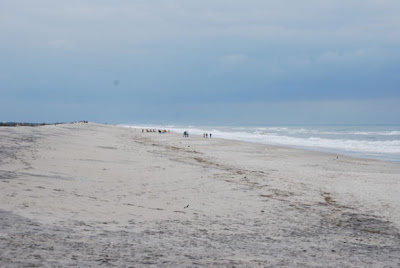 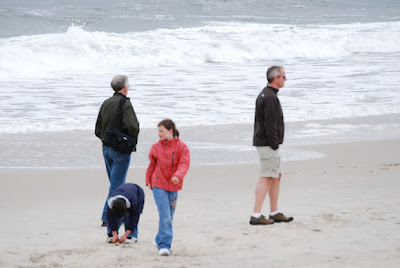 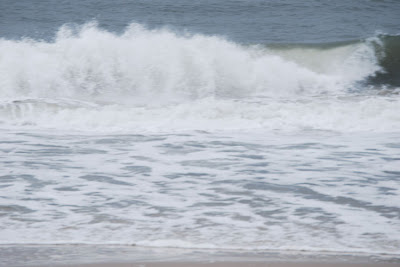 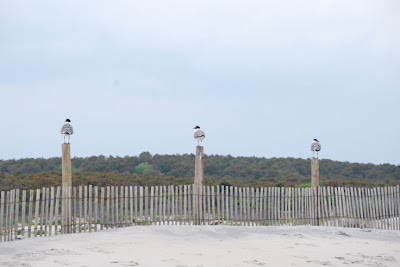 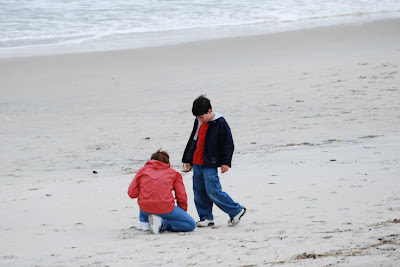 As we were leaving the island Kelly mentioned that she was a little disappointed that we had not been able to a close up view of any of the horses. Just as we got to the bridge there were two horses beside the road and we were able to get a closer view. 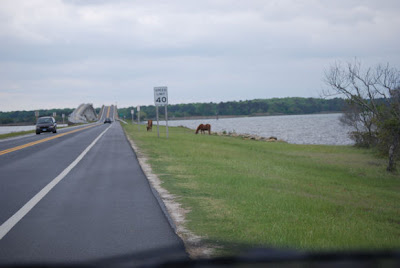 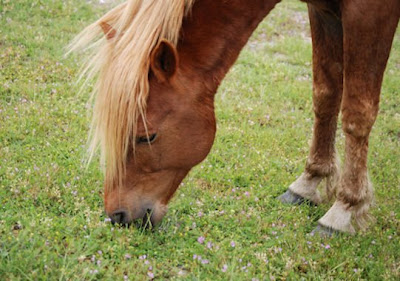 I hope that this is close enough. The horse seems to be enjoying the forage and not me.

The day was topped off by Rebecca becoming a foster parent to a pinto named "Rosie." What could be better than a little girl with a "coast to coast" grin"?

One of my favorite places to visit!