Our Own Saturday Night Disco 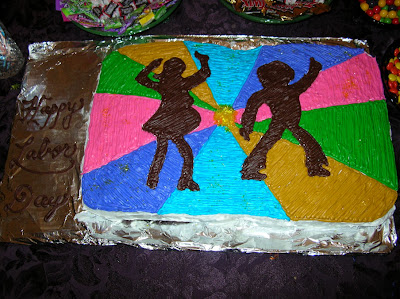 "Happy Labor Day" is the Message

In the last post I mentioned we had spent the weekend in Arlington for a baby shower for Erica and Geoff. It was great fun and would not have been possible without the incredible hospitality and hostessing (my word) job of Anca and Alexandra. Thanks also to John and Kiki. 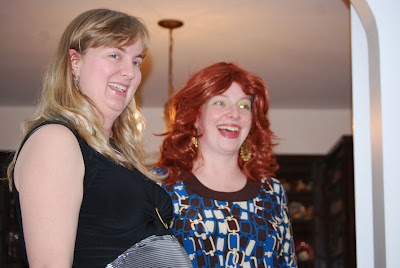 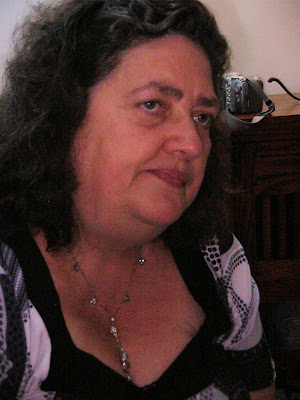 Erica has always marched to a different beat and this shower was no different. The disco theme brought out the "ham" in her and Geoff's friends and family. Erica covered her baby belly with a shimmering silver fabric to indicate a disco ball and Geoff donned a truly awful leisure suit. It is hard to believe they were ever in style. Most of the attendees wore something reminiscent of the late 70's.

Instead of regular shower games we had one where the invitees had previously (some brought Saturday) sent me photos of themselves "Then and Now." These were placed on a board and then the trick was to match "Then and Now." It was much harder than expected. Winners were given CD's of disco music.

This post is to show some of the fun and frivolity. 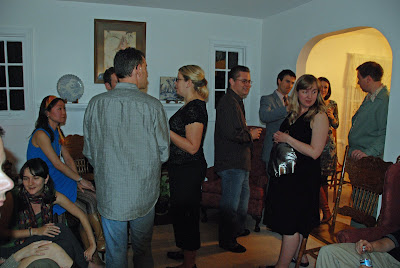 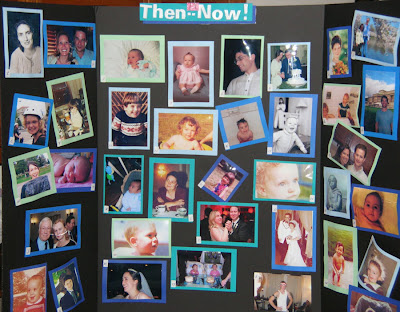 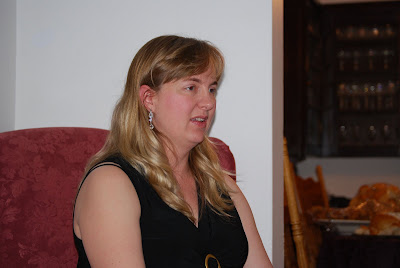 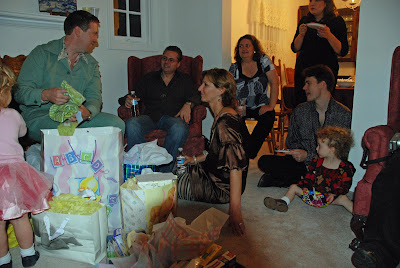 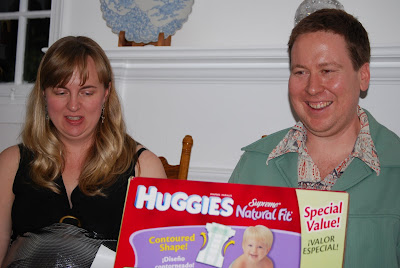 What a fun shower! I like the idea of a couples shower--shouldn't the guys be involved too? I can't help but notice how much Erica looks like Bill--more her expressions than anything else. She looks great for a very pregnant lady!

I don't think this is a reflection on Erica's shape, but my word recognition word for this comment is "fatio"!