Yaaay! My Camera is Back

The camera just got back after sending it to the factory for repairs. It is much better now. There will be no more of my special care for it. The only problem with it now is that there is still a small line that I apparently put on it. I will deal with like that for a while and then decide what to do. All of the other goobers are gone.

We went to Fowler Beach and I took some pictures. This is the beach that had so much damage with the late Nor'easter last year. The big problem then was that salt water had breached into the freshwater ponds and caused some pretty yucky looking areas. That is starting to recover and look more normal. However, there were hardly any birds there this trip. It has been very cold for here and they probably found a warmer spot. 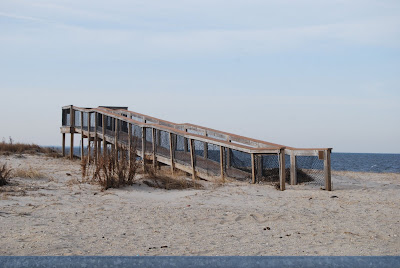 It is always a point of fantasy when we are here that I look at this. I am not sure what it was put here for but it could be a lookout for birders as they peruse the ponds and marshes, it could be a spot to see the ocean without crossing the dunes, or it just be that it is just there. I must make a note of checking it out further. 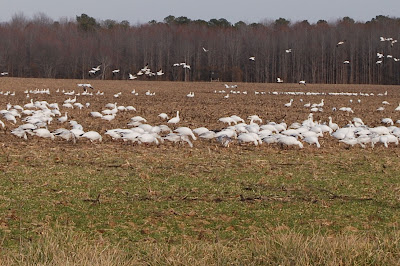 There were only a few ducks in the ponds on this trip but in the adjacent fields there were hundreds of Snow Geese. I have been thinking that there are not as many as last year and then I come across field after field of these. They are beautiful but they also are creating some serious problems simply because of their large numbers.