NOTE TO ALL OUR FRIENDS WE HAVE CHIDED SO FAR THIS WINTER: IT IS COLD HERE TODAY and has been most of the week.

During this past week our friends Dave and Robin came to visit for a few days. It was wonderful having them here. We spent the time conversing and seeing some of the sites. Robin is a native of Delaware and so it was good to get her perspective even though she has not visited this part of the state much.

It has been pretty cold this past week and it was overcast and crusty on Monday so we decided to drive to Rehoboth and then to Dewey Beach. Well, since we were almost there we drove on down to Bethaney Beach and then to Fenwick and Ocean City. It was pretty amazing seeing all of the building that is taking place and it was particularly interesting to see the older historic places. We made a stop at the Life Saving Station and pondered being lost at sea and also wondered about the times the likes of Black Beard visited the area.

The first picture you see below is of the Fenwick Light. Not only does it mark the eastern border of the Mason-Dixon Line it is noted for its importance in providing warnings for the shipping lanes into Delaware and to the Chesapeake Bay. 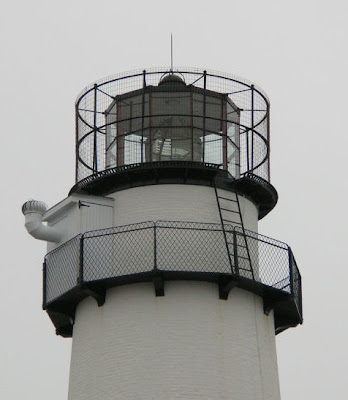 The next picture was taken on Tuesday. It was a much clearer day but colder as is evidenced by Dave's coat and hood. Here he is trying to make out some of the structures along the coast line. He was also counting the ships. 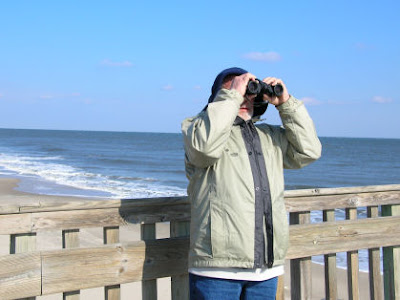 Robin was also cold but not as covered up as Dave. She is looking out to sea in this picture. Take note here that she is no longer wearing her starter earrings. She is wearing the real things. (We graduated Monday night.) 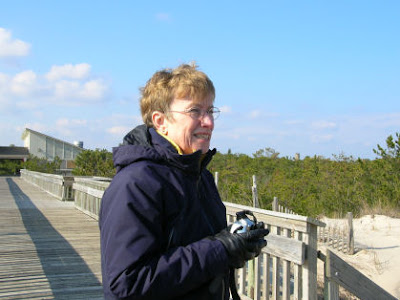 This next picture is of the sand. It looked cold. The tide was high so we did not venture too very far at all. In fact, we stayed on the boardwalk above waves and sand. 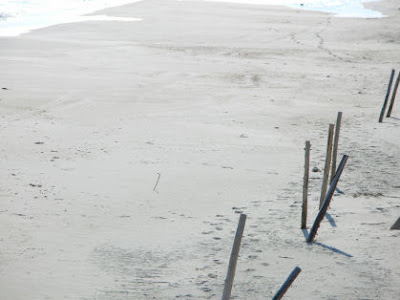 The water was pretty although choppy. I seem to take a lot of these pictures hoping to someday capture a perfect wave. 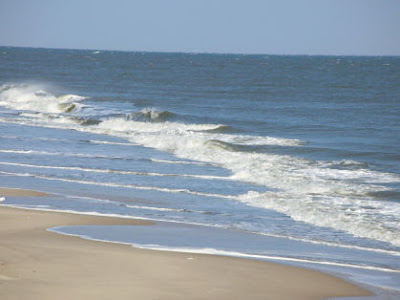