She Leads the Way 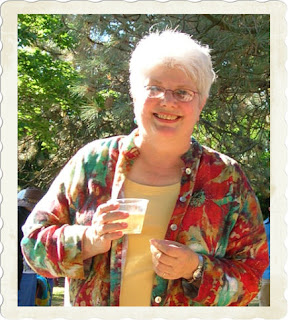 One year ago today my friend, old friend and sorority sister, Terry published in her blog that she turned 60 that day. She told us about many of those famous/infamous folks who also turned 60 in 2006. She went onto say that as the first of the "boomers" we have seen some rather incredible things in our lifetimes. I viewed that post as "This is Our Year" with April 5 being the start of the year because Terry was the first of my "boomer" friends to turn 60. There will be more on the others later in this post but for now I think I will share a few thoughts on Terry. This intro picture is not the best picture in the world but it shows the joy of the day and the year on Terry's face. I love the smile.

Terry entered my life in 1965. She was a year ahead of me in school. Like some of those in other posts I have written of this past year, Terry is a sorority sister. So, the first life long bond. One of the most fun memories of Terry was when she and Sandy invited Patty and me to their dorm room for a party in honor of "Monday 'K'night." I cannot do the events of the evening justice here but suffice it say that other folks on the floor thought we were particularly weird. Terry has been blessed with a tremendous sense of humor and deep contagious laugh. She enjoys life. And, as such, she has blessed us all.

I have never been an artist. I can do some pretty crafty things but a designer I am not. That is not true for Terry. She is a gifted artist and has become quite well known for textile art. I love seeing her projects develop and come to completion. Yes, and there is a little envy from these quarters when I see a finished project of hers. You know, I take a little pride in saying I know that artist when I see she has an entry in a juried show or there is a photo of her work somewhere.

Through the years Terry and I have stayed in touch the usual ways but we also have had some periods where we lived fairly close to each other. Her calm and quiet husband Ray has always been a favorite. Her children are just older than Erica and when they were younger we spent some family holidays together. It has been one of those friendships that is always there whether there is a physical presence or not. 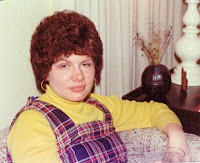 "The devil made me do it," but I just had to put in this picture from 31 years ago. Terry was expecting her daughter Emily. Well, two weeks ago Emily and her husband Cayo became parents of a beautiful baby girl. So, in this 60th year, Terry became a grandmother. What a wonderful birthday present and a wonderful way to end a momentous year!!

Thanks Terry for leading the way for the rest of us souls who turned 60 in the last 365 days. All of our lives have changed in this year. Besides getting grayer, rounder and slower there have been lots of reasons to celebrate and some more serious times. Many of us have retired or will be retiring by the end of the current school year. Several have moved to retire. We celebrate the future.

So, cheers to all of us -- TERRY, Ron, Carolyn, John, Carolyn (2), Mary Ann, Kathleen, Susan, Bob, Vickie, Betty, Sandy, Robin, Krause, Nancy, Joan, Mary and Mary (2). There are a lot of us, childhood, college, family and work friends who are now 60. So many, in fact, I cannot remember all who are but this I know, WE ROCK!! or at least we like to think we do. 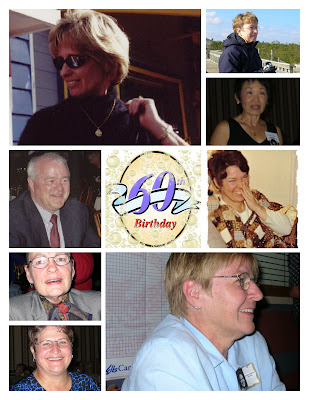 Aw shucks, thanks for the nice birthday message. That picture that was taken 30 years ago, though, you could have skipped! I think that is the one and only perm I ever had and it looks like a bad piece of carpet on my head, not to mention the glum face!