Could Spring be Far Behind? 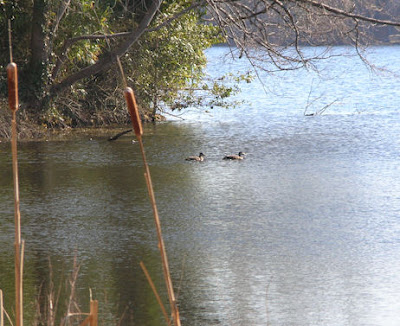 We drive by Wagamons Pond every day. Every day I look for the heron. The heron has been gone for what seems several months now. The heron appeared again in the favored cove a few days ago. I am so intrigued with this bird because its favorite spot to stand is no more than six feet from the road. There are cars going by all of the time. That does not seem to bother this creature. Cars can be stopped six feet to the east of the bird and it just stands there. But, stop six feet to the south and the bird takes flight. The flight is not far. It is cannot be more than 30 feet to the other side of the cove. Of course, the position to the south is the best to capture a great camera shot.

Saturday I tried my luck again and true to form the heron flew away. I did get a few images while it stood in the backside of the cove. One of these days I will pervail and get a straight shot. Until then, the mallards will have to do. 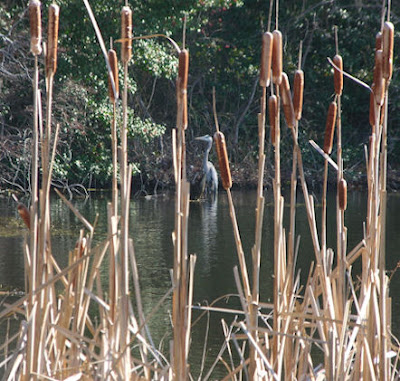 There the frustrating bird is on the shadowed part of the cove. Here, the same shot, using the "pan" tool. 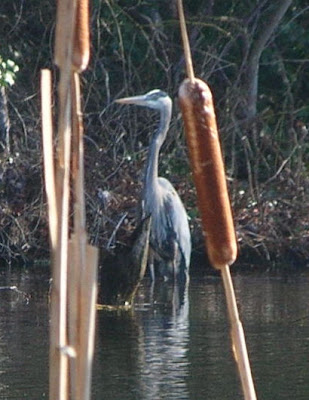 I wondered the same thing just this weekend, about whether or not spring was on its way. The heron is beautiful.