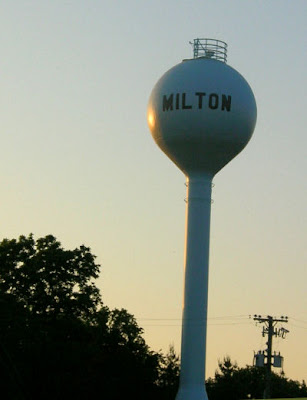 When you see such sights as this tower, it is hard to believe how close we live to the huge influx of summer visitors. It is estimated that upwards of 190,000 people visited area beaches last weekend. That is not hard to imagine when trying to get to a beach. But, it is very hard to imagine when one spends the weekend in Milton. Saturday we attended the Horseshoe Crab Festival here in Milton and found parking spaces and very comfortable crowds of people. We even found an old stand like I have been looking for weeks. Anyway, part of the festival was an evening concert (Lisa Scott & Melting Pot -- jazz, R&B). This was the first in a series of summer concerts. Most concerts are held on Wednesday evenings. Last night we attended our second summer concert and our first Wednesday evening one. What a pleasant evening!! We even took Bentley for his first park outing. He loved it, especially all of the other puppies who had also come for the evening.

The concerts are held at Milton Memorial Park. It is small park along the water and in the center of town. The library, City Hall, the fire hall and several businesses are just steps away. There is a small bandstand in the center of the park and a working narrow gauge train called the Milton's Clipper Express runs during the concerts. This is run by the Milton's Lions Club . We have become members of this club and enjoy the train experience ourselves. 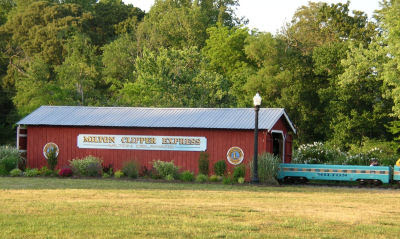 Here is the the train leaving its little station. On Saturday the train ran most of the day and during the concert. It is amazing but 710 folks, boys and girls of all ages and their pets, rode the train at 25 cents a pop. 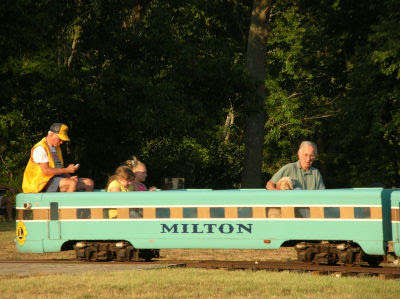 Yes, last night Bill and Bentley rode the train. They both enjoyed it. I am sure that it would take the "jaws of life" to get me off once I got on. 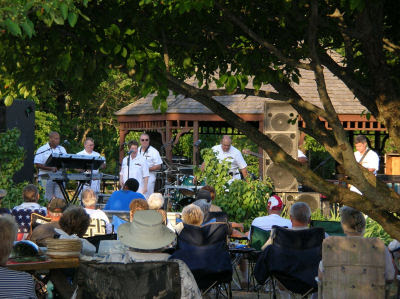 After the train ride we took a liesurely stroll around the park stopping first to listen a little closer to the U.S. Navy Cruisers (classic rock -- more easy listening if you ask me) perform. They were very good. 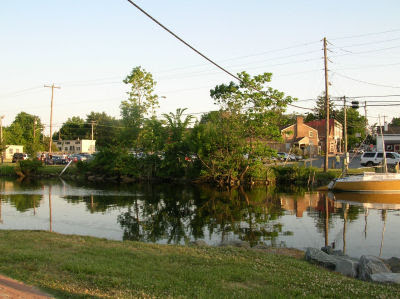 From where we were standing listening to the music we turned and could see (this view)across the water the bank, City Hall and fire station. 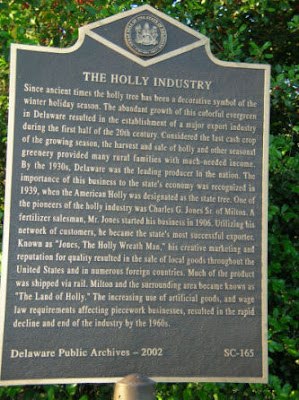 The park is the Milton Memorial Park and their are several places throughout the park with little memorial plagues and dedicated areas. This is the largest marker and tells of the holly industry that burgeoned in the early 20th Century. 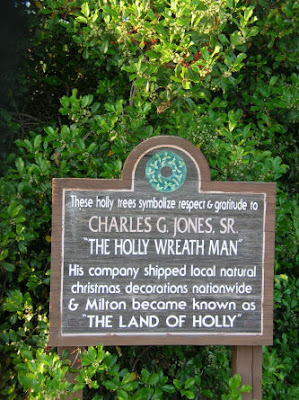 This plague was next the one in the previous picture. It is dedicated to Charles G. Jones, SR -- The Holly Wreath Man. The tree that the plaques are in front of is a beautiful holly tree (bush). The State Tree of Delaware is the American Holly. I am hoping to take a holly wreath making class this fall.

Here are few more views of the Broadkill we enjoyed as we continued our stroll through the park and listened to the music. 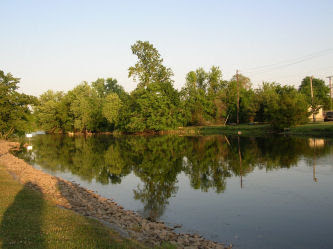 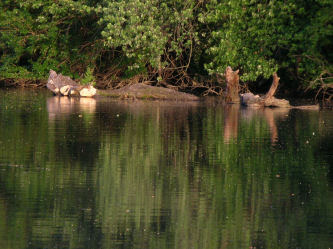 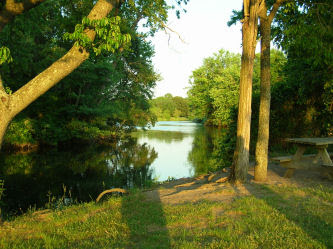 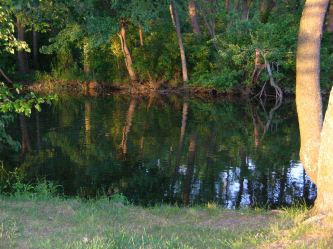 Some quick sounds of U.S. Navy Cruisers
Posted by Carla at 8:19 AM