Last Sunday it was very warm and we really needed to get out of the house and do something. That something for Bill is almost always a visit to the beach. A summer day, a summer Sunday and he wants to go to the beach in southern Delaware -- Oh, my. It is not smart to go south so we decided to go over to Broadkill Beach. It is the closest to us but it was very crowded and so we decided to roam through the roads of Prime Hook National Wildlife Refuge and check out a couple of other beaches.

Before arriving at Broadkill Beach we have to pass through part of the wildlife refuge. We go here often and I have taken numerous pictures of shore birds there. On this day we were surprised to see water on one side of the road had filled in with marsh plants and the other side was mostly mud flats. In the winter the ponds on both sides of the road are filled with water and sometimes thousands of birds. 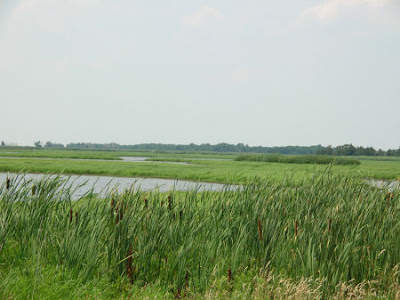 This is a picture of the marshy area on the north side of Broadkill Road. In the winter this area is more muddy and there is a lot more water. 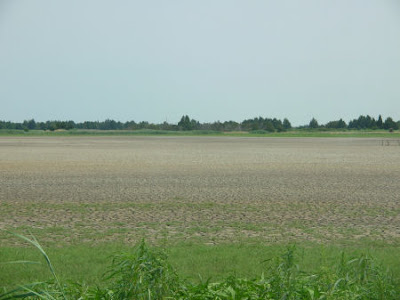 While the north side of the road has abundant growth of marsh plants, the south side has turned into these mud flats. Ironically, this past winter this was side that had the most water and where the most birds were seen.

Since Broadkill was so crowded we made our way north to Prime Hook Beach and found that there was literally no public access to the beach. That's a bummer. But on our way there I got this picture of a heron in another area of the reserve. 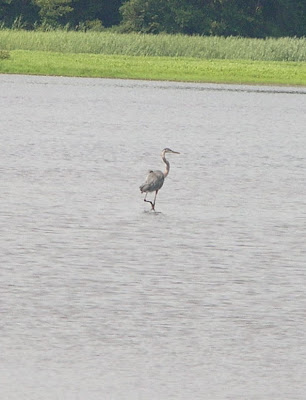 We proceeded along Thirteen Curves Road to Fowler Beach Road and Fowler Beach. There were only a couple of people there. The beach is not as large or as clean as those to the south. We got out and walk to an observation deck so we had a better view of the area. 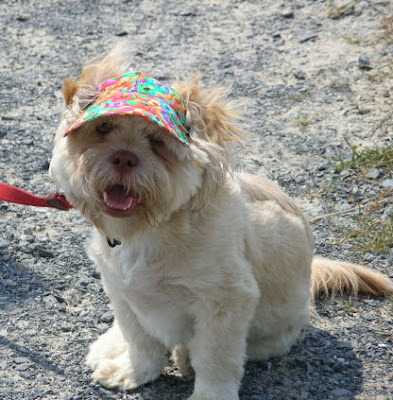 Bentley was with us and he enjoyed getting out of the car. He was still a bit gimpy from our tumble earlier in the day. 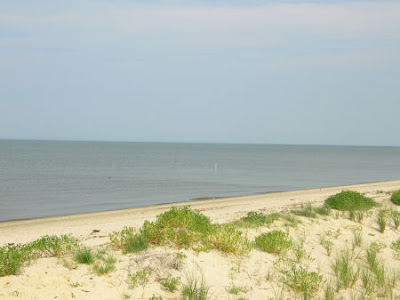 This a view of Fowler Beach looking south. You can see that it is much narrower than the beaches in earlier posts. 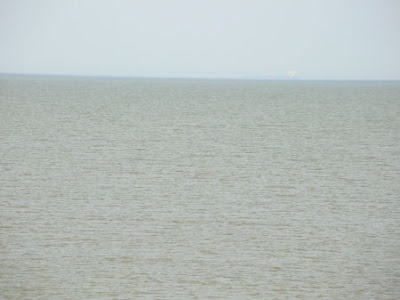 This photo of the Atlantic from Fowler Beach shows how hot and hazy it was. 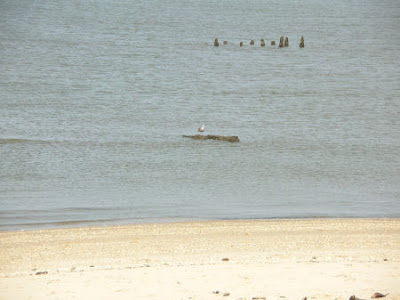 I always have to have at least one picture of a seagull when we go to the beach. Actually, I have to take several. Here is my seagull picture at Fowler Beach. 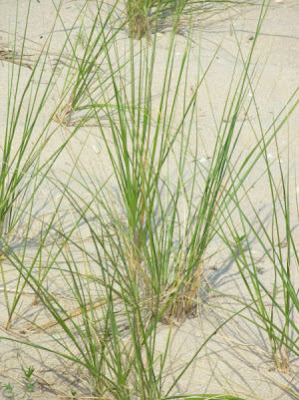 A little dune grass for your viewing pleasure. 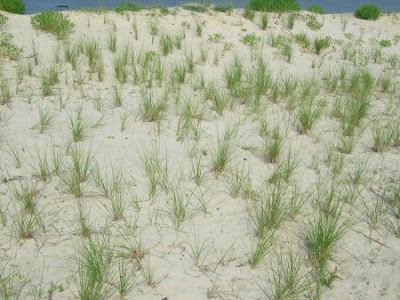 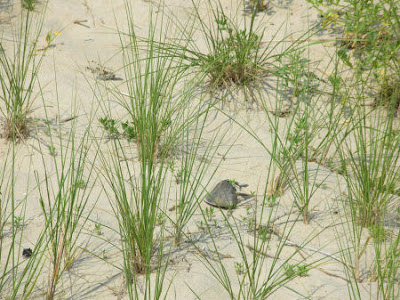 Some shell fragment and other stuff in the grass and sand. 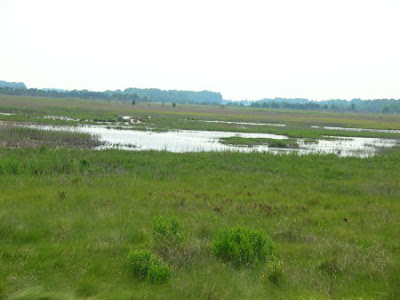 More of the Prime Hook area from the Fowler Beach observation deck. 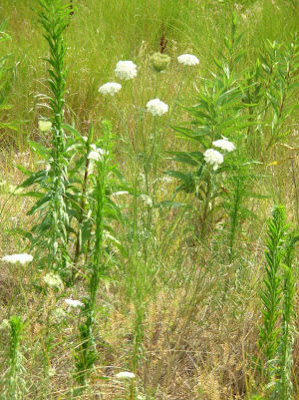 Some of the wildflowers along the way. 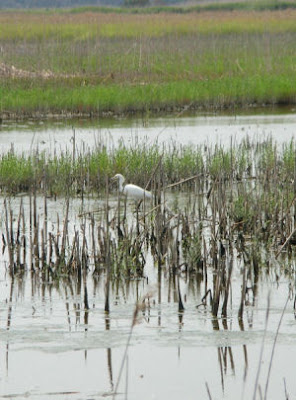 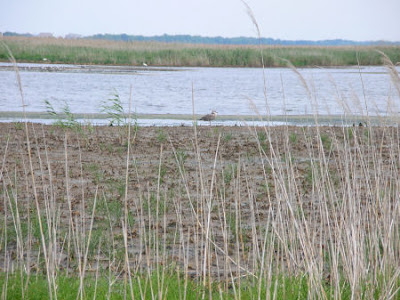 The green of the grass looks beautiful against the sand of the dunes. Bentley is looking spiffy in his visor (did it stay on him? Our cats have a fit anytime we try to put something on their heads).

Alex, thanks for the comments. Bentley reacts a little but after a time lets it alone.