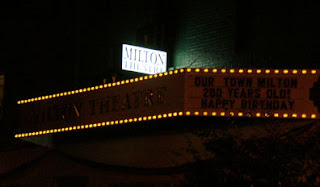 Friday, we spent an enjoyable evening attending the town's anniversary "Kick-Off" party. It was a dinner and show held at the Milton Theatre. It was a good dinner which was followed by a very entertaining show.

First, a little about the Milton Theatre. The theatre sits in the center of town. There were 200+ people at the event on Friday so my guess as to its sitting capacity is somewhere near that number. The theatre was built circa 1910 and has lived through many incarnations such a a fire station, several restaurants, retails shops, social center, etc. One article I read said that it has survived three fires and numerous storms. It was closed following the Great Storm of 1962. It suffered major flood damage then. It has enjoyed a rebirth in the past seven years. Now Milton and Sussex County enjoy a place for great theatrical performances and other gatherings.

I took some pictures during the event and chose not to use the flash (used museum setting). These will just give you an idea of the great work that has been done to the structure. 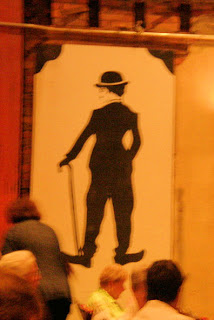 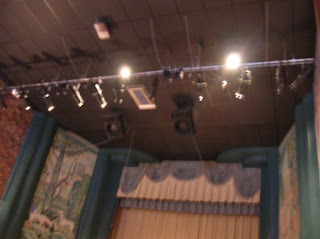 This is picture of some of the equipment and the stage. We will have to make a point to attend many more functions here. 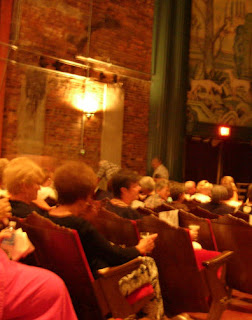 A toast to Milton.

The toast was followed by the show which was the story of Milton told by three readers and singers. It was certainly a fun presentation. I have included a few moments in video at the end of this post. 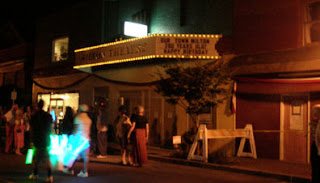 The show lasted past the time for us to see the hot air balloon glow but we enjoyed the comraderie of others who did after the show outside the theatre.

Looks like you had a lot of fun. Good to see the movie up. Maybe you can give those of us landbound some waves crashing too? ;)