This past weekend we enjoyed Erica spending some time with us as well as doing a couple of other things. While Bill attended to his docent duties for the Milton Historical Society, Erica and I (Bentley & Frankie came too) went to the Sidewalk Art Show (sponsored by the Milton Arts Guild) that was set up along Governor's Walk and into town. There were some great pieces but alas we did not purchase anything.

Here are some pictures taken along the walk. 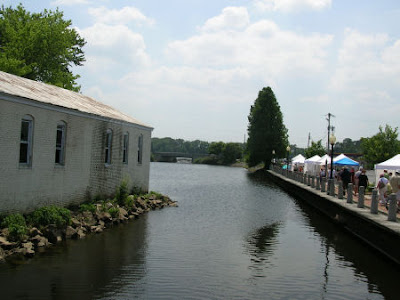 The "Governors Walk" was so named to honor four Delaware governors and one Wyoming governor all born in Milton. It runs along the Broadkill River. This picture is from a spot near Union Street looking towards Wagamons Pond. 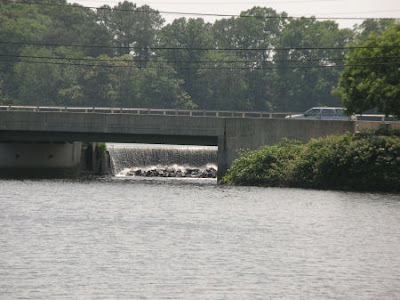 This is the spillway from Wagamons to the Broadkill. It is amazing to me the number of fishers we see at the pond. 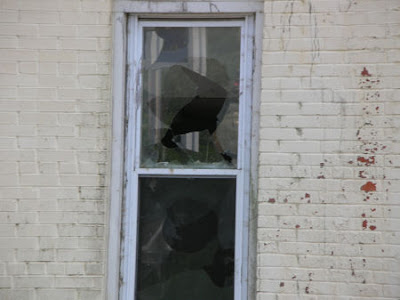 I call this picture "Condemned" because that is what this building is. One of the realities of an older building on a weakened foundation along the river is condemnation. The building is slipping into the river. I wonder what stories these windows could tell.

Sunday we attended a barbecue for the historical society. Bill won a poster that he has been wanting. We saw Geoff and Mike when they collected Erica and Frankie. All in all a good weekend. 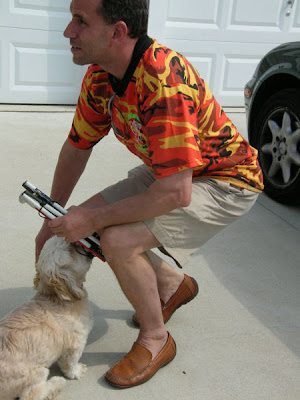 Mike and Bentley getting to know each other. 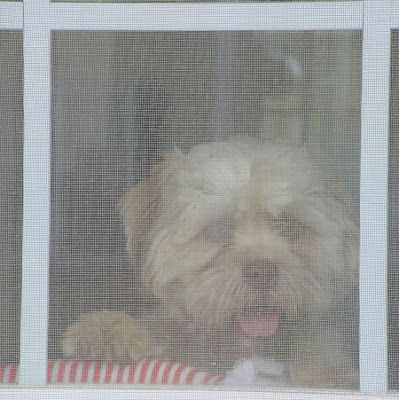 Sorry about that Bentley, but you can't go to Virginia with Frankie and Mike. 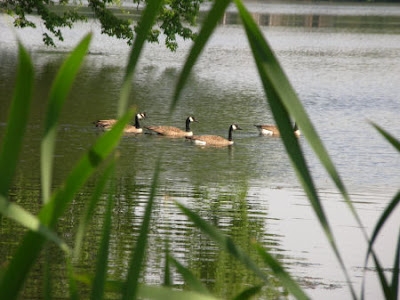