Thanksgiving came and went and I spent a few days under the weather. We have done a couple of community things since then but mostly we have been waiting. That little one is not in any hurry at all to make her/his appearance.

Just to prove we haven't been total bumps on logs. Here are some photos of a recent outing to Prime Hook Game Refuge and Broadkill Beach. The amazing thing about Prime Hook this time of year is the number of migratory birds making a stop. On this particular day there were what seemed to be thousands of snow geese in one of the waterways. There were so many that the perspective was distorted. 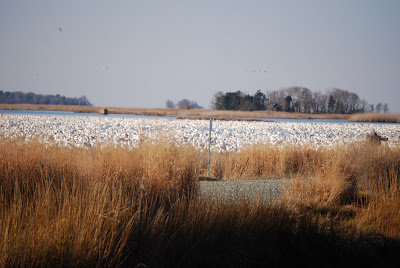 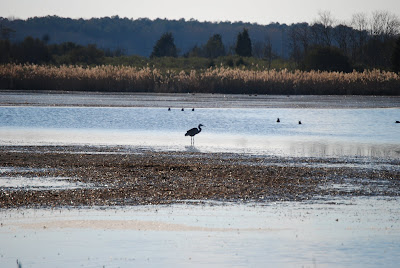 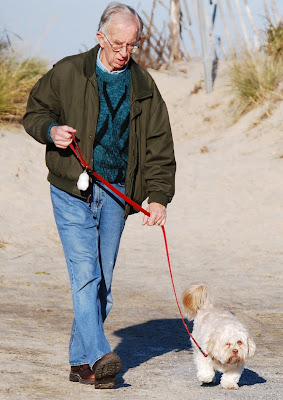 Bill & Bentley Back from the Beach.

More on the happenings in this part of Delaware later in the week.

I hope you are having a wonderful birthday. I was so sure that baby was going to be born on your birthday, but he/she is going to have to hurry to accomplish that now! Sending good thoughts to all of you. Be sure to let us all know when baby arrives!