I Think I Will Keep the Title

Several months ago I posted about my friend Terry and how she was the first in my circle of friends to turn 60 in 2006. In that post I used Terry's birthday to close out the year on all of us who had turned 60 in those 12 months. It is pretty amazing how the time has flown past and now I 60 with 61 rapidly approaching. I have considered the title of my blog again and have once again decided that it will remain 59 and Holding (Don't I Wish?). It is, after all, a state of mind. 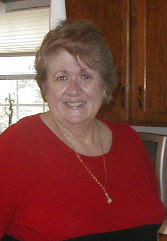 When I did that post in April I included in the named achievers my friend Mary. I don't think she realized she was there because as I was to find out later she had not turned 60. Good for me she didn't notice. Last week Mary turned 60. I will never forget riding in the trunk of her Metropolitan (I had the shortest legs and was the most flexible) that was stuffed with other sorority sisters. Mary had a car and we would take a ride any way we could. I prayed we would not crash because no would find me. Crazy Ole Mary was what we called her. She with the heart full of love. When she married and headed off to exotic and remote locations it was her Christmas letters we all anticipated. Around our house it wasn't Christmas until we had received out latest update of her and Bob's adventures from the desert. Mary and Bob have each faced tremendous health issues the last few years. They have done this with grace and strength. Happy belated birthday, Mary!!

Here's to all who are 59 and Holding.

And I remember yelling from inside the car, "You OK back there, Carla?" Then helping to unfold you out of the trunk! We certainly defied any stereotypes about sophisticated sorority girls, didn't we?
Mar's letters are the best, even since they came home from Arabia. I'll add my belated "Happy Birthday" as well and my hope that Bob and Crazy Ole Mary are doing well.

You know, I probably had more room than any of you from nest in that trunk.